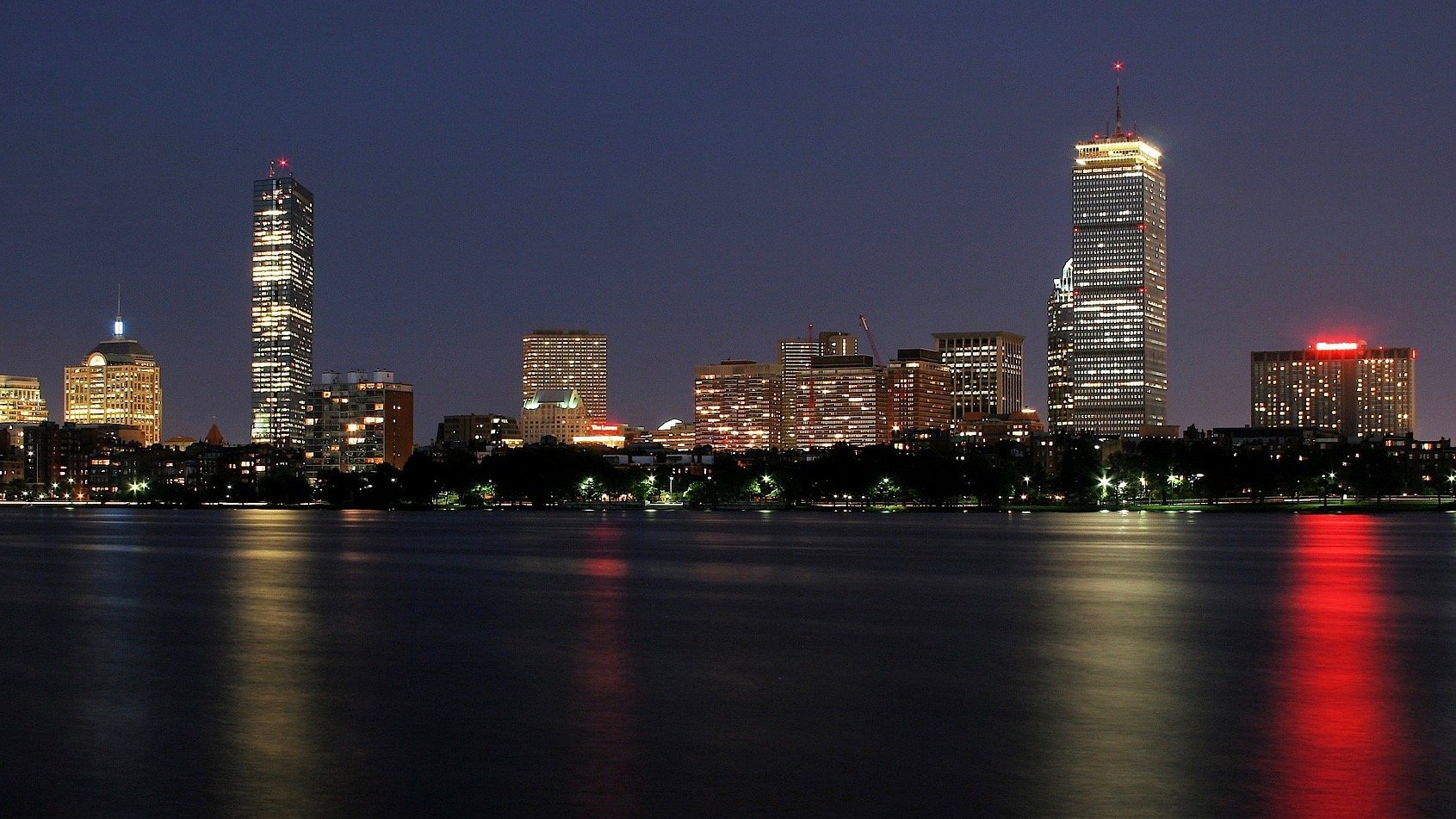 Everything You Need to Know About DUI Charges in Massachusetts

Charges for “Driving Under the Influence” of alcohol or drugs (DUI/OUI charges) are a serious matter in Massachusetts.  Ever since the DUI laws in MA were overhauled in 2002, the penalties have become much more strict.  In fact, as of 2020, Massachusetts still has the highest potential jail time in the nation for a first offense (up to 2.5 years).

This doesn’t mean that all DUI charges will turn into convictions or jail time. The Commonwealth guarantees everyone certain rights that protect you from improper DUI charges. Below, we’ll discuss everything you need to know about Massachusetts drunk driving laws, how DUI charges are decided, what consequences you may be facing, and what it will take to avoid them.

A conviction for drunk driving in Massachusetts is punishable by up to 2.5 years in the House of Correction.  In many states, the term used for the crime of drunk driving is either DUI or DWI.   In Massachusetts, the term that is used is OUI (Operating Under the Influence).  A charge of OUI may stem from intoxication with alcohol that has impaired your ability to drive, but it can also result from operating a vehicle while impaired by marijuana, prescription drugs, or illegal drugs.

Why am I being charged?

Sitting in a driver’s seat with the vehicle parked but running  can be enough to meet the standard for “operating” a vehicle. Drunk driving charges have less of a gray area than intoxication by other drugs, as the standard for impairment by alcohol is the most clearly defined. Law enforcement officers will assess your impairment during a traffic stop by some combination of field sobriety tests, chemical tests of the breath or blood, and their own observations.

Reasonable Suspicion and Probable Cause

A legal traffic stop can only be initiated when the officer has reasonable suspicion that a crime is being, has been, or is about to be committed. This must be based on available evidence (such as stumbling on the way to the car, swerving or driving erratically, excessive speeding, or visibly drinking alcohol), not just “a hunch.”

An arrest or search warrant requires probable cause. This is the standard of proof required for law enforcement to bring a criminal charge against you. Like with reasonable suspicion, it must be based on evidence and facts, but it requires a higher standard of proof.  A failure on a breathalyzer test is a common source of probable cause for arrests and DUI charges.

If you are impaired by alcohol, there are several ways the state can test the percentage of alcohol in your blood.  A breathalyzer device examines the alcohol content of exhaled breath (alcohol exits the blood through the lungs). It is also possible to have your blood tested, although this would be done generally in a hospital setting, not by the side of the road.

Massachusetts law states that you are OUI if driving on a public way while your BAC is 0.08% or greater.

The legal limit for conviction in a criminal trial is a BAC reading at or over 0.08%.  If you are a Commercial Driver’s License (CDL) holder and you register a 0.04% or higher, there are enhanced administrative license consequences.  The same holds true if you are under the age of 21 and register a BAC of 0.02%.

There are no reliable chemical tests for determining impairment by non-alcohol substances, as of yet. DUI charges in those cases must rely on other evidence.

Since failure on a BAC test can result in DUI charges, it may seem like a good idea to decline a test—especially if you fear you may be over the limit. However, the “implied consent” law in Massachusetts states that any driver on a public roadway has legally implied their consent to a chemical test of the breath or blood.

Refusing such a test is not a crime, but it will result in an immediate administrative penalty—the suspension of your driver’s license by the Massachusetts RMV. You can also still receive DUI charges if the officer determines there is enough supporting evidence for an arrest.

Your DUI record never “expires” in Massachusetts. Individuals who decline a BAC test or receive DUI charges in Massachusetts will be facing penalties in accordance with the total accumulated DUI offenses on their permanent driving and criminal records.  Cases that resulted in a CWOF (Continuance Without a Finding) or Alternative Disposition will still count towards the total sum of offenses—even though there is no conviction in such cases.

Can you be charged with DUI after the fact?  In short, yes.  If law enforcement believes there is enough supporting evidence to suggest that you are guilty of DUI, the state can charge you even after you’ve arrived home and are no longer driving the vehicle.

There is a statute of limitations on retroactive DUI charges, though. In the state of Massachusetts, charges can only be brought within 6 years of the incident in question.   There are a number of ways to defend these kind of cases though.

Not all DUI charges are equal. A first offense has serious consequences, but drivers are often able to avoid jail time by winning the case or accepting a 24D first offender disposition.  For a fifth DUI, the driver has no eligibility for a lenient alternative disposition—they could face a lengthy prison sentence and permanent revocation of their license, among other penalties. Every prior offense raises the stakes in terms of legal consequences.

First and second offense DUI charges are considered misdemeanors in the state of Massachusetts.  Even if you are charged with OUI Child Endangerment (with a child under 14 in the vehicle), a first offense is typically a misdemeanor.

This will usually mean first and second offenses are not punishable by a prison sentence, although they could result in probation and/or an alcohol education program or a period of incarceration in a House of Correction..  If you are eligible for an alternative disposition, a first or second offense could include reduced penalties (compared to the maximums outlined in the Massachusetts OUI Statute).

Operating on a suspended license (due to OUI) is also considered a misdemeanor, although it includes a minimum of 60 days in jail.

A third or subsequent DUI offense is a felony in Massachusetts. In other words, if you have two prior offenses on your record, you will face felony DUI charges if arrested for DUI again. These serious charges include mandatory minimum periods of incarceration and no eligibility for alternative dispositions. Some other reasons a DUI (even a first offense) might become a felony include:

Operating Under the Influence of Drugs (OUI Drugs)

Marijuana, prescription drugs, and other inhaled, smoked, swallowed, or otherwise consumed substances that impair your ability to drive all fall under the scope of OUI in Massachusetts.  Drugged driving carries the same penalties as drunk driving, although there are no equivalents to the BAC limits available for alcohol.

Whether or not your driving is impaired is up to the discretion of the arresting officer, and must rely on other evidence (e.g., sobriety tests, observations, physical evidence that drugs may have been consumed).

DUI charges should always be taken seriously. Seek professional legal counsel immediately to give yourself the best possible chance to avoid harsh penalties that could include some combination of:

The exact penalties will depend upon the circumstances of your case, how you plead, and whether you accept an alternative disposition (as a first or second offender).  The only way to avoid these consequences is to be found Not Guilty  in court or to have the case dismissed before a trial concludes.

However, even being charged with DUI will generally result in a suspension of your license. This is administrative in nature and not connected to any result of the case in court.

If you are found to be guilty in court, below are some of the penalties you may face (depending on your exact DUI charges).

Serious bodily injury and vehicular homicide charges can be tried without a “reckless or negligent” clause, and with lesser penalties, but this is rare—it’s challenging to establish that an intoxicated driver was not reckless or negligent. Lack of evidence may influence the state to select DUI charges of those kinds.

Junior operators (under 21) will be given an additional 180 days of license suspension for recording a BAC at or above 0.02%. If under 18, the Junior Operator Law (JOL) will add 1 year to the suspension.

Drivers of commercial vehicles will face additional penalties if found to have a BAC over 0.04% with long-term ramifications for their CDL (commercial driver’s license).

Getting DUI Charges Reduced (or Dropped)

There are some scenarios in which the penalties of DUI charges can be reduced, either by accepting an alternative disposition with more lenient penalties or by reducing the charges themselves.

First and second offenders are often eligible for an alternative disposition.  For first offenders, this would include:

Accepting this disposition generally starts with the court imposing a CWOF (continuance without a finding). The defendant admits that there are sufficient facts for a guilty verdict, but there will be no conviction (as long as probation is not violated).

Second offenders often have a similar disposition available to them, which includes:

In some cases, due to lack of evidence, it may be possible to reduce DUI charges to Negligent or Reckless Operation,  but this is very uncommon. A plea bargain is rarely of any benefit for individuals with third and subsequent DUI charges. In cases of multiple DUI offenses, it’s your best bet to fight the charges and/or see if you can get the case dismissed.

There are many successful defenses for DUI, even if you’ve failed a breathalyzer test. If you’ve recently received DUI charges, contact a qualified attorney, and get started building your defense as soon as possible.