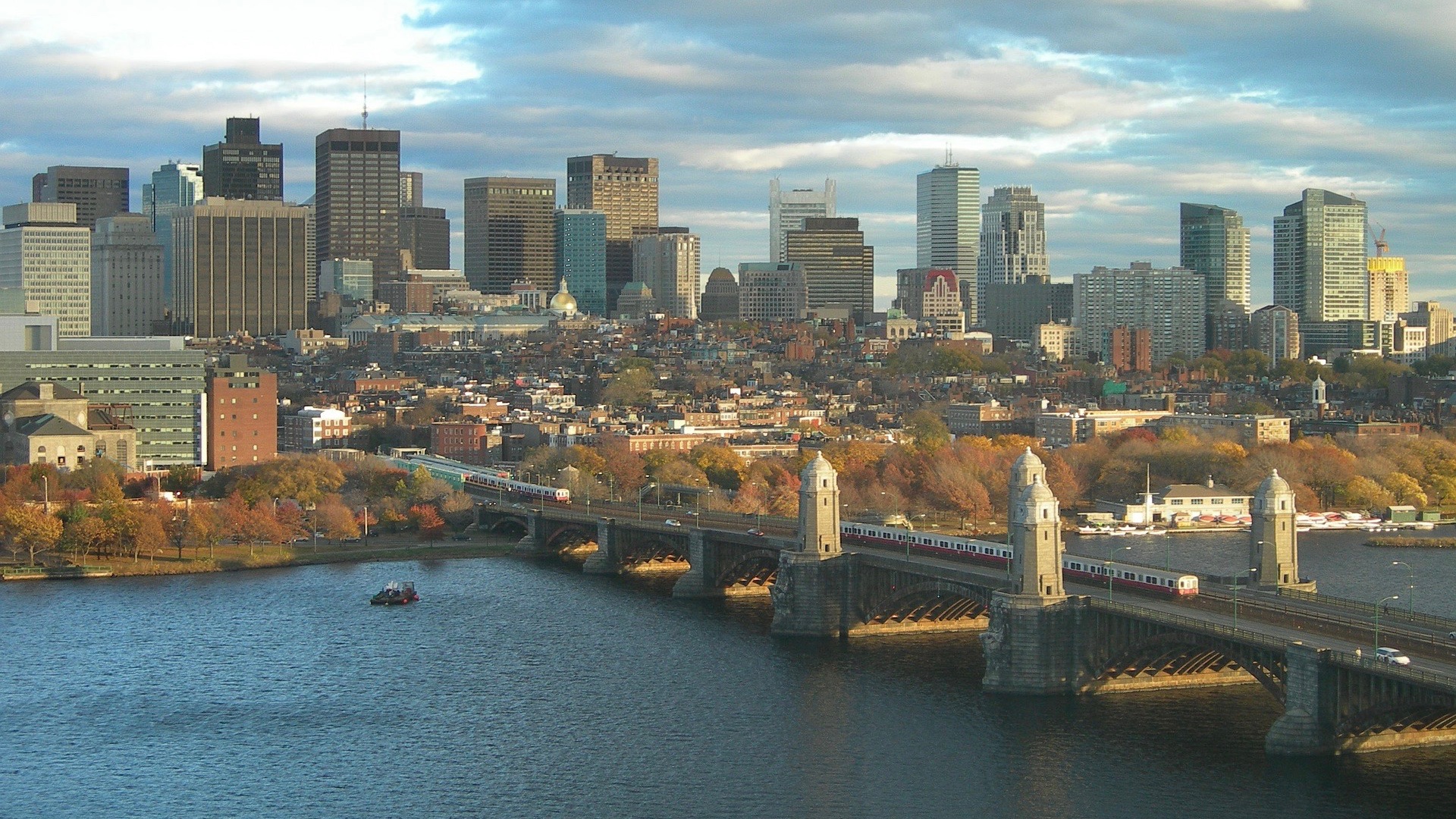 What Are the Penalties for Multiple DUIs in Massachusetts?

Even the penalties for a first DUI in Massachusetts are harsh—especially for potential jail time (at 2.5 years, it has the highest maximum among U.S. states).  And if you’ve been convicted of DUI or agreed to a Continuance Without a Finding (CWOF) in the past, a subsequent charge will raise the stakes.

Don’t give up, though. It’s certainly stressful to face penalties for multiple DUIs, but an experienced legal counsel has many tools available to protect your rights and challenge the charges the Commonwealth has brought against you.  Every case is unique, so let’s get our bearings.

If you’ve been charged with multiple DUIs in Massachusetts, what penalties could you potentially face?  And what can you do about it?

The first step is to understand the full range of possible consequences, relative to your situation. This provides a starting point for discussing a defense strategy and weighing each approach's costs and benefits.

Massachusetts DUI penalties become more severe with every subsequent offense. Here’s a rundown of the typical penalties for multiple DUIs:

These standards are not absolute for each numerical offense. Factors unique to your case might reduce, escalate, or even offer the state alternatives to the consequences listed above. For example, the penalties might look different if the case includes elements such as:

The details of your situation are clearly a significant factor in the case.  For example, most second offenders will be eligible for an alternative disposition with probation and an alcohol treatment program in place of jail time.

Consult with an attorney for details on the specifics as they apply to your case. However, the standard penalties are a fair representation of how seriously the law treats multiple DUIs in the Commonwealth. Here are a few insights into some of the factors and potential penalties you’ll want to consider:

A second offense DUI is considered a misdemeanor in Massachusetts, but a third or subsequent DUI is regarded as a felony—a severe offense with additional legal and personal ramifications. Even a first or second offense can become a felony in certain circumstances, such as:

A criminal conviction for DUI (regardless of whether it’s a misdemeanor or a felony) will stay on your criminal and driving records in Massachusetts for life. The state uses a “lifetime” lookback period, so convictions for multiple DUIs will always count towards your total number of offenses no matter how many years apart they’ve occurred.

Because third, fourth, and fifth offenders aren’t eligible for lenient alternatives, the best way to avoid jail time for third and subsequent multiple DUIs is almost always to try and beat the charges in court.

A conviction for multiple DUIs in Massachusetts will also result in the mandatory installation of an Ignition Interlock Device (IID) in your vehicle after the conclusion of any license suspension period. The device must be installed before your driver’s license can be considered for reinstatement.

You must breathe into the device—which tests your blood alcohol content (BAC)—before the vehicle can start (and also at random points while operating the vehicle, to ensure that the driver is the one taking the tests). Failures are recorded by the device and can lead to additional sanctions and penalties.

Multiple DUI charges can lead to significant license suspensions, even if you aren’t ultimately convicted. This is because two independent sources of license suspension periods are tied to DUI (and they're cumulative).

Refusal or failure of a chemical BAC test—typically via your breath with a “breathalyzer” at a police station—results in an automatic administrative license suspension unrelated to the outcome of your case. This suspension comes from the RMV, not the court, and so they will begin immediately (before any trial or decision from the court on your charges). The length will differ significantly between each kind of test-related suspension. For example, declining to take the test results in a far longer suspension than taking and failing the test.

Breathalyzer Refusal: Declining to take a breathalyzer test is not a crime.  Due to the “implied consent” law in Massachusetts, however, refusing the test with prior DUIs on your record triggers harsh and immediate suspension durations:

Breathalyzer Failure: Any failure of a breathalyzer test (a BAC reading of 0.08% in Massachusetts) will result in an automatic RMV-imposed license suspension of 30 days.  This duration is the same, no matter how many prior offenses are on your record. This may sound attractive compared to the suspensions for refusing the test, but keep in mind that failure can potentially arm the prosecutor with more evidence to use against you.

If you’re convicted of multiple DUIs in court, you’ll receive a separate license suspension in the following ranges, according to your total number of offenses.

To determine your total length of license suspension, add together any suspension you’ve accrued due to BAC tests with any suspension handed down by the court (for conviction or an alternative disposition).  For example, a driver who refuses a breath test with two prior offenses and is then convicted in court of a 3rd DUI in Massachusetts would face a total license suspension of up to 13 years.

If a child under the age of 14 is determined to have been present in the vehicle at the time you were allegedly DUI, you can be charged with DUI Child Endangerment.  This carries penalties that include:

A subsequent offense of DUI Child Endangerment would result in escalated penalties:

Driving With a Suspended License

Operating a motor vehicle under a license that is currently suspended for DUI can expose you to significant sanctions and penalties:

If you're found driving during your suspension while under the influence of alcohol, the penalties are even greater:

Really, there are only a few paths forward for repeat offenders when faced with multiple DUIs:

Rely upon a qualified DUI attorney for advice on the appropriate action for your situation. Generally speaking, pleading guilty offers you no advantages, but plenty of downsides. Multiple DUIs carry heavy consequences—some of which last a lifetime—so it’s always worth exhausting all other options and not simply accepting a conviction.

Plea deals are often possible, but not always in your best interest. The most common form taken by plea bargaining for multiple DUIs is a so-called “Cahill Disposition” -- Alternative Disposition for a second offense. When it comes to third, fourth, or fifth offenses, however, that is no longer a possibility.

Pleading or admitting guilty on these subsequent DUI charges is generally of little use.  A third or further offense is a felony that will include a minimum mandatory jail sentence that the court must impose if you are found guilty—plea bargaining will not help if the charge is for multiple DUIs. In most cases, you’ll face the same sentence that you would if you fought and lost the case.

Fighting the Charges in Court

This is almost always the right course of action for multiple DUIs. There’s no easy way to avoid mandatory jail time for third and subsequent DUI charges. Going to court can be a frightening experience, but it’s your best shot at escaping the harsh Massachusetts DUI penalties.

The good news is that the court must examine every DUI charge completely on its own. It’s not any more difficult to fight a third offense than a first offense. In both cases, the jury will not be made aware of your prior offenses during their consideration of the case. The facts of the current charges are all that matter, so the same defenses will be available to your attorney as they would for any other DUI charge. Some of the most successful defenses for multiple DUIs are to challenge:

In the right circumstances, these defenses can make it possible to win your case even if you’ve failed a breath test.

Are You Facing Multiple DUIs in Massachusetts?

It can help to develop an understanding of your circumstances by doing research, but you're going to need a qualified Massachusetts DUI lawyer to help you build a defense. If you've recently been charged with DUI and have prior offenses on your record, the stakes are high. Reach out to our law office, and we'll arrange for Attorney Higgins to meet with you right away, examine your case, and advise you on the best path forward. We take your future seriously. There's no time to wait.

Whether you’re fighting your first OUI offense or your fourth, it’s always worth retaining qualified legal counsel from a local defense attorney..

Middlesex is one of the more highly populated counties in Massachusetts—the court system is always busy.  If you’ve been arrested for DUI in..

4 Tips to Help You Find a Lawyer in Massachusetts’ Counties

After being arrested for OUI in Massachusetts, the most important decision you’ll make is the attorney you select to defend you. This isn’t so..