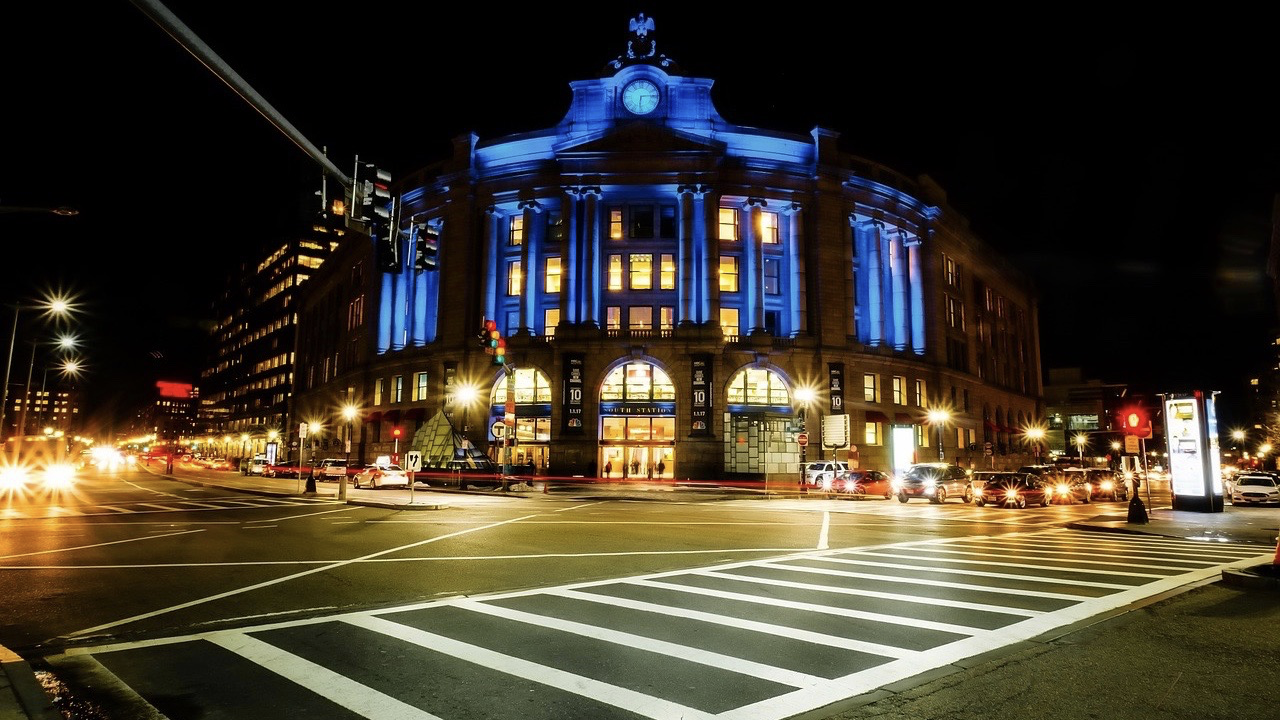 Drinking and Driving Laws for Multiple OUIs in Massachusetts

Drinking and driving laws in Massachusetts are among the most serious—and heavily penalizing—in the country.  One conviction can have a significant impact on your personal and professional life; multiple convictions can be even more damaging.

There’s at least one piece of good news, though: No matter how many times you’ve been charged or convicted of OUI in Massachusetts, at a trial on a new OUI case, the judge or jury will initially only know about the facts and circumstances of that particular case.  In other words, you will initially be tried as though it were your first offense.  A prior record cannot be used against you (or even be mentioned) in court in the government’s case in chief.  Only if you are convicted, will your prior OUI history be used to determine an enhanced penalty depending on how many prior convictions you have.

Since 2002, Massachusetts has been one of just nine states in the U.S. to adopt a “lifetime lookback period” in its drinking and driving laws.  This means every prior offense will count towards the penalties for OUI in Massachusetts, even if your first offense was out of state or dismissed as a “Continuance Without a Finding” (CWOF).

But don’t lose hope. Every case is unique, and there are many potential avenues of defense. Whether it’s your 3rd OUI in Massachusetts or a subsequent DUI charge, there is an equally good chance that the details of the case will provide an angle to fight the charges.

It’s critical, of course, that you retain a defense attorney specializing in drinking and driving laws to assist in your case.  But as you prepare for your consultation, it may also help to review the laws for multiple OUIs in Massachusetts.

The Law: A Review of Drinking and Driving Laws in Massachusetts

The Charges: Are Multiple OUIs a Misdemeanor or Felony?

The Penalties: For Multiple DUIs in Massachusetts

The Defenses: How to Fight Conviction for OUI in Massachusetts

The Law: A Review of Drinking and Driving Laws in Massachusetts

Massachusetts prohibits drivers from operating motor vehicles while under the influence of intoxicating liquors, marijuana, narcotics, intoxicating vapors, or other drugs.  You’re “under the influence” if your ability to operate the vehicle is impaired due to your ingestion of any one of those substances.  In the case of alcohol, the government can, although they do not need to, establish that you were impaired by obtaining your Blood Alcohol Content (BAC) through either a Breath Test or a Blood Test..

The legal limit for BAC while operating a motor vehicle in Massachusetts is .08%.  This is true whether or not you’re of legal drinking age, although there are additional (separate) administrative penalties for drivers under 21 who are found to have .02% or higher BAC.  The test is most often conducted with a breathalyzer following an arrest for suspicion of OUI, although blood tests are also possible.

Massachusetts law enforcement officers are permitted to stop any vehicle for which they have reasonable suspicion or probable cause to believe that the driver may be violating the law.  Driving away from a bar at night is not, in itself, sufficient evidence to support such suspicion.  But erratic driving, excessive speed, or failure to obey the rules of the road are generally enough to merit a traffic stop.

An open container of alcohol in your car, in anyone’s possession, can subject you to a $100-$500 fine—even if it’s an empty bottle in the backseat.  This is separate from any possible drinking and driving charges but could become evidence the state holds against you at trial.

By operating a motor vehicle on a public way in Massachusetts, you have automatically consented to be tested by breath or blood to determine the presence (and quantity) of alcohol.  Refusing such a test would result in an automatic suspension of your license (the more prior OUI convictions you have on your record, the longer the suspension).  Results from these tests are a common focal point in deciding how to take on an OUI in Massachusetts.

The Charges: Are Multiple OUIs a Misdemeanor or Felony?

A second or subsequent OUI in Massachusetts can be either a misdemeanor or a felony. In general, though, a second conviction for DUI is a misdemeanor, and a third or further DUI is considered a felony.

However, several aggravating circumstances can escalate a misdemeanor OUI to a felony, even if it’s still only a first or second offense. These include:

Since multiple OUI cases frequently involve felony charges, the penalties can be severe.  It’s almost always worth fighting the charges, and it will be critical to mount a strong defense.

The Penalties: For Multiple DUIs in Massachusetts

A repeat conviction for OUI in Massachusetts has serious consequences, including mandatory minimum jail sentences:

In each of these scenarios, you will be required to install an ignition interlock device (IID) as a condition of your eligibility for a hardship license or the reinstatement of your license. This device must remain in the vehicle for two years following the conclusion of your license suspension.  If you have had 5 OUI convictions, or if you have 3 OUI convictions and you refuse a breath test, your license will be suspended for life and you will not be eligible for a hardship license.

Certain OUI charges can have even more severe penalties. OUI manslaughter, for example, could lead to 2.5 to 15 years in jail.  Consult with your attorney for the specifics of your case.

Will I go to jail?

If you’re convicted of multiple OUIs in Massachusetts, the law requires that you be incarcerated for a period of time. However, if the charge is a misdemeanor second offense (typical if no serious injuries or deaths were involved), you can often qualify for an alternative disposition with significantly lighter penalties.

An alternative disposition for a second offender would impose:

In second OUI cases where the first offense was over 10 years ago, you may even qualify for a “24D Disposition”, otherwise known as a “Cahill Disposition” with alternative penalties typically reserved for first offenders:

A third or subsequent OUI offense will make you ineligible for these kinds of alternative dispositions.  Your best bet to avoid serving jail time at that point is to fight and win your case at trial.

How long will I lose my license?

The duration of a license suspension for multiple DUI charges can vary widely, according to factors such as:

The table of penalties (seen above) is a baseline for suspension durations, but always discuss your case with a qualified attorney to understand the potential implications.

Keep in mind that there are two threats to your license when you’ve been charged with multiple DUIs: an initial BAC suspension from refusing or failing a breathalyzer test and a separate court suspension if you’re found guilty (or receive a CWOF).

These penalties run consecutive to each other—you’ll have to serve them both in full before your license can be completely reinstated.  For example, a driver with two prior OUIs who refuses a breathalyzer test will automatically receive a 5-year breath test refusal license suspension.  If that driver is later found guilty of their third OUI offense in court, they could face an additional 8-year license suspension, for a total of 13 years.  Only after the 5-year refusal suspension has been served would the person be able to apply for a hardship license.

The Defenses: How to Fight Multiple OUI Charges in Massachusetts

There are four possible approaches to a repeat offense for OUI:

There are very few advantages to pleading guilty and giving up right away.  You could avoid the legal fees involved by defending yourself, but the consequences of a conviction are far greater than the cost of going to trial.

With the right legal assistance, it’s sometimes possible to get your charges dismissed before a trial even happens. Perhaps your defense attorney was able to suppress or exclude critical evidence and the case was dismissed as a result.

Plea bargaining could make sense in the right situation, but it is not often that District Attorneys Offices will reduce a subsequent offense OUI.  This usually will only occur when there has been a long lapse in time between offenses.

The long and the short of it is that it’s almost always advisable to fight multiple OUI charges, even if it’s only a second offense. The first step is to find a qualified Massachusetts OUI attorney and let them review the details of your case. There are likely to be several tactics your attorney will use as they go about constructing a defense.

The most successful OUI defenses:

Most defenses against subsequent OUI charges will start with calling the evidence against you into question.  Perhaps the evidence was acquired through an improper traffic stop, improper procedures conducted by the police, or from an unreliable method or device.  Any inconsistency in the state’s case can be used to challenge the sufficiency of the evidence.

The most common—and most successful—defenses tend to be in these five areas:

These methods will be equally effective, no matter whether this is your 3rd OUI in Massachusetts or your 5th.  Remember—the court can’t weigh prior offenses against you while determining your guilt in this case.  That is to say, it’s no harder to fight repeat DUI charges than a first offense at the outset.

It’s important to save all documentation provided to you by law enforcement and the court so that your attorney can examine the paperwork for compliance with the state’s drinking and driving laws.

What should I look for in an OUI attorney?

The attorney you select for your defense can make or break your case, so it pays to be thorough and find the right fit.  Go into your initial consultation armed with questions that will shed light on the lawyer’s experience, qualifications, and case history.

In general, you’re going to want someone on your side that you can rely on.  A specialist who exclusively practices OUI defense in your area will be much more likely to understand the intricacies of OUI laws than a general practitioner.

One of the greatest advantages of a private attorney (over a public defender) is that they’ll assist you in all phases of your case, including RMV license issues that occur outside of the criminal case.  You’ll want legal counsel available to help with all hearings, appeals, and applications for license reinstatement, regardless of whether these steps are related to the criminal charges.

Our law firm has more trials than the majority of firms in the state—over 100 a year, all related to OUI in communities like Plymouth, Norfolk, Barnstable, Bristol, Worcester, Suffolk, and the Cape.  If you’re facing OUI charges in Massachusetts as a repeat offender, you can’t afford to take any risks.  Call us right away to book a free consultation so we can get started on your defense.